Google at its I/O 2019 keynote had a lot to reveal about Android Q, which will be released as version 10 of the mobile operating system later this year. First among these, was the announcement that Android now runs on over 2.5 billion active devices from over 180 device makers. Google also announced that Android Q Beta 3 was now available for 21 devices from 13 brands, and revealed new features like Live Caption and a Focus mode. New privacy and security features of Android Q were also unveiled.

Android Q Beta 3: Eligible devices, how to download, and more

You can visit android.com/beta to learn how to download Android Q Beta 3 on any of the third-party smartphones listed above. Pixel smartphone users will need to enrol their devices onto the Android Beta programme to receive an OTA update with the new Android Q Beta build.

Chief of the new features already available in Android Q Beta 3 is Dark theme, which helps reduce eye strain as well as save battery life. Users will be able to activate system-wide dark theme from Settings > Display, the new Quick Settings tile, or by turning on Battery Saver. Apart from changing the system UI to dark, supporting apps will also show their new dark theme. If developers don’t want to build their own dark themes, they can opt-in to a new Force Dark feature that lets the OS create a dark version of their app. The feature can also be extended by developers to all versions of their app, including those meant for older versions of Android. 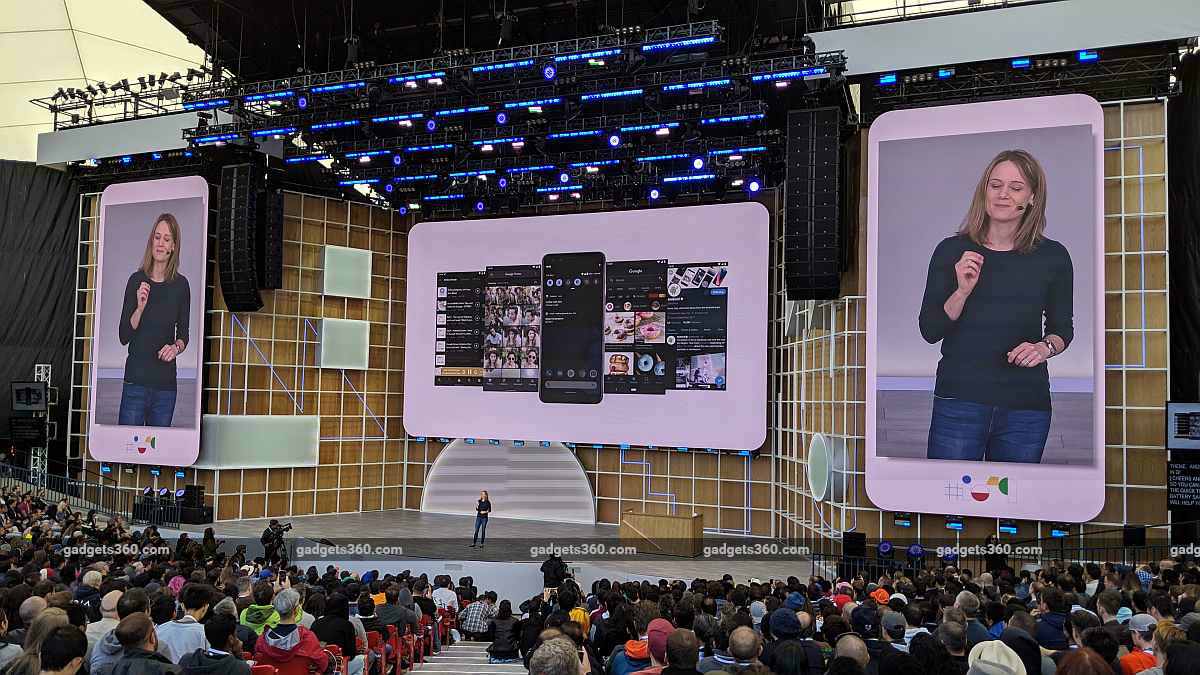 In terms of privacy, Android Q Beta 3 has a brand new Privacy section within Settings, and this Activity Controls, Location History, and Ad Settings, amongst other options. It also brings new features including options for when to grant an app location permission (i.e., All the time, Allow only while using the app), and Scoped Storage that gives users better control over their apps can access files on external storage like a microSD card, as well as limiting app access to sensitive user and app data.

Privacy features also include blocking unwanted app launches from the background, and the company also says that in an effort to prevent tracking, Android Q Beta 3 will limit access to “non-resettable device identifiers” apart from randomising MAC addresses. Support for TLS 1.3 has also been added.

Android Q Beta 3 also gets a new fully gestural navigation mode that eliminates the navigation bar area, with the aim of allowing “apps and games to use the full screen to deliver their content.” Back, Home, and Recents can be accessed with edge swipes rather than visible buttons. These can now be switched on from Settings > System > Gestures. Now, swiping up from the bottom of the screen takes the user to the Home screen, holding brings up Recents, while swiping from the screen’s left or right edge triggers the Back action.

Live Captions is perhaps the most interesting new feature in Android Q, and it will be made available to users later this year. Building on the captions technology developed for YouTube, Live Captions is a completely on-device captioning tool that lets the OS provide captions for audio messages, videos, podcasts, and more, across any app. While beneficial to those that want to watch things on mute, it will also be very useful to those with difficulty hearing.

Focus Mode is a new Android feature that will be made available to Android 9.0 Pie and Android Q smartphones “this fall.” A new feature for the company’s Digital Wellbeing initiative, Focus Mode lets users silence apps they find distracting until they leave the mode. The new mode can be quickly turned on and off via Quick Tiles.

The company also announced that starting with Android Q, and then coming to other devices with Digital Wellbeing, Family Link parental controls will be built right into the Settings of the device. Android Q also brings a new Family Link feature, letting parents set time limits on specific apps, and even giving them Bonus Time. As we mentioned, both Android 9.0 Pie and Android Q devices will receive the on-device Family Link controls this fall. 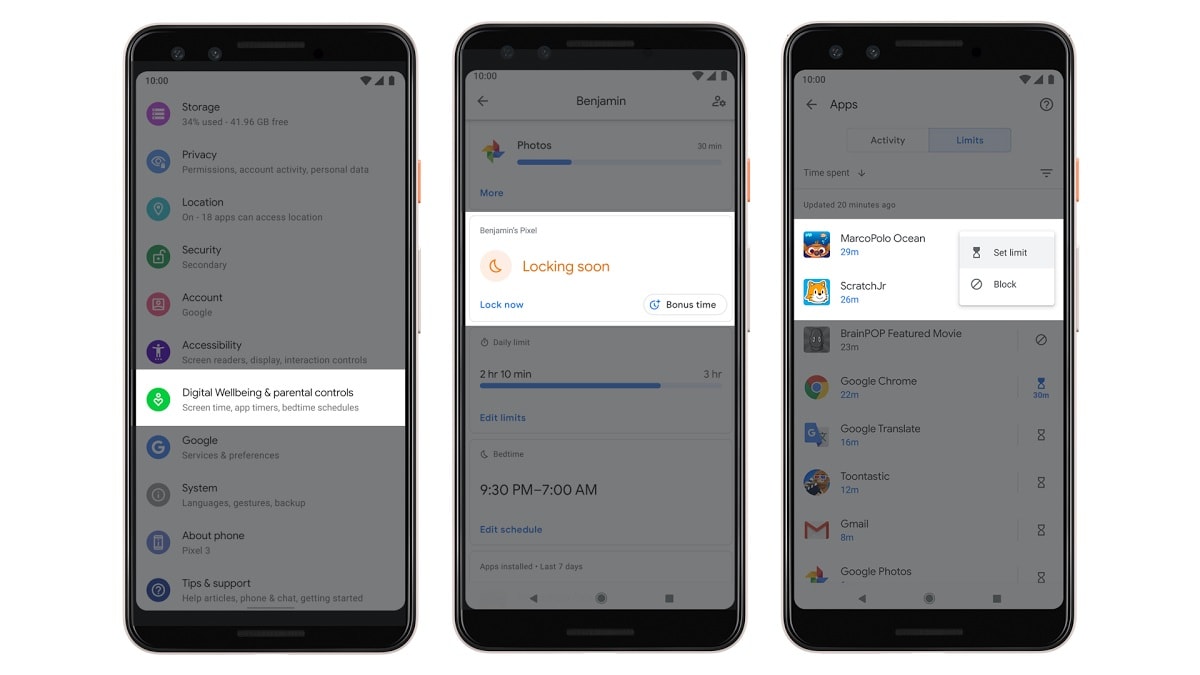 Google also announced Project Mainline, what it calls a “new approach to keeping Android users secure and their devices up-to-date with important code changes, direct from Google Play.” This will help Google update certain system components directly, without requiring device makers to issue an update. All devices running Android Q or later will get access to Project Mainline.